When last I updated it was still early July… July was fun! 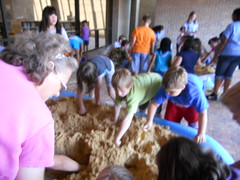 The first Thursday of the month, David got to do his class with the Gem & Mineral Society at the library and it was completely different than Ben’s, which was great! They saw different kinds of rocks & minerals and dug for geodes instead of colored stones. They were handed out hammers & safety glasses and let loose. It was fabulous! David’s geode broke into many pieces, but he liked it all the same. 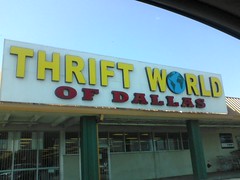 Friday Nick’s mom, sister, and I headed out to Dallas, sans-kiddos, and went shopping. We hit Sam Moon first, where I spent nearly half my money. Then we started hitting thrift stores. The first one was way out of our price range ($100 skirts, no thanks) and the second wasn’t even on our list: Thrift World of Dallas. It was actually pretty awesome, despite its lack of dressing rooms. We wandered onward to several Goodwills before finally stopping for “lunch” quite late at a combination A&W/Long John Silver’s. Not our first choice place, but we were in disagreement about whether there was food ahead and I lost (I thought all the “good” food was behind us…it was, hence the fast food stop). Anyway, it was a really fun day! 🙂 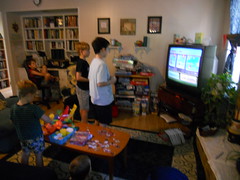 The next week was full of appointments. One kid went to see Dr. Hoover, I forget why now. I saw my neurologist, who told me some of my test results got lost and the other ones came back normal. Anti-climatic, it surely was. Wednesday the Rochleau kids came over to play (they are my kids cousins other cousins). Thursday Ben got to go see a movie and go out to lunch with his friend Logan. David spent a couple days at Nana & Pa’s and Greg and I just hung out. 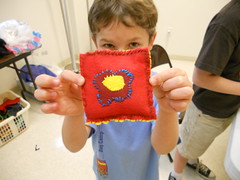 The next week was Art camp in College Station. The kids and I all went down while Nick stayed in Tyler and worked. I got to see Steph twice in two days, once for lunch with her and her husband and once all by ourselves for girl time over dessert at Sweet Eugene’s House of Java. Love that place! I also gott o spend time with my friend Sarah and her baby. 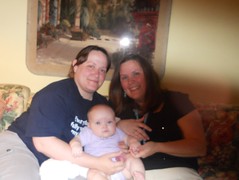 The older two kids got to go in and do art 2 hours every day. Ben took a stitching class and made some pretty things and a stuffed doll by the end of the week. David took a mask making class and make a bunch of different kinds of masks. They both had a fabulous time! 🙂 Greg followed me and his grandma around here and there, shopping or window-shopping. We spent the afternoons beside/in the pool. It was a very nice trip. 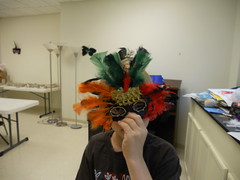 We came back just in time for UCG’s Youth Day Camp. The kids had three afternoon/evenings at church with their friends doing arts/crafts/service projects. 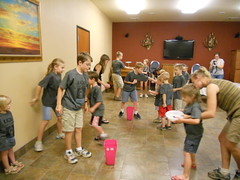 We weren’t a “host family” but I did help out a lot with the kids. 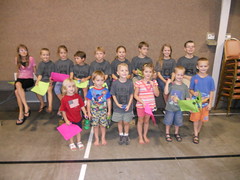 Once it was over, I went back to the doctor for another sinus infection. Yay infection. Nick and I also got to go out and see the last Harry Potter movie. I cried nearly the whole way through. Can’t believe it’s over.

We finished up the week with another trip out to Dallas, this time me and Nick and the kids, to go to Legoland. That should be a whole separate post, shouldn’t it? I’ll pick up there tomorrow. 🙂

There are, as ever, more photos to be found on flickr.com.