(It’s really hard to come up with titles these days. Apparently I’ve been blogging too long.)

Tuesday I went and got my eyes checked. It’d been a while and my left eye has been behaving oddly. They set me up with the new doctor, as my old doctor is easing his way into retirement. The new doctor was young, perky, and talked a lot. I told her about my eye weirdness (pulling feeling, twitching, verynearlypain) and she took a look. Apparently nothing’s going on there. She adjusted the prescription a bit, that’s all. Then she looked at my good eye (I’ve always thought of it that way, don’t know why) and saw something vaguely interesting there. She started looking through my old test results and noticed that the weirdness had always been there, but it was definitely growing, little by little each year. I asked about it and she said it was a “hemihypertrophy” of the cells. I was intrigued, as “hemihypertrophy” is what my son David has, but he has it all over his body (leg, arm, hand, tongue, stomach, etc.), not just in his eyes. She hadn’t heard of that disorder and said it was probably not the same use of the word. *shrugs* So we’re going to keep an eye (I couldn’t think of something not punny here) on it and see what it looks like next year.

I also went in and worked my volunteer hours at the library. The librarian had a new toy this week, something she’d won at convention: a vhs to dvd converter. So I got to set up the equipment and try it out. It worked well and the librarian would like that to be my special project in the future (they have a lot of teachers that want to use vhs tapes that the library owns, but there are no more vcr’s in the building besides the one in the library after the new building was built.). In any case, I get to take the thing home and learn all its ins-and-outs over the break, and incidentally get to record some of our old home videos to DVD. I’m looking forward to that!

Wednesday we had A. over. We took him on an already-scheduled playdate with us over at the local community center. 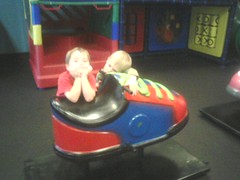 The kids had fun, the other mom brought lots of interesting snacks (basically she cleared her cupboard of all the stuff her kids wouldn’t eat. genius!), and a good time was had by all. After A. went home, Greg and I headed over to the new Panera Bread and joined my friend E. for lunch. Panera was overcrowded and there was quite a wait for food, but it was the first week they were open and the food was yummy. E’s daughter did not join us, which may have been the first time in our 7 years of lunch dates that she didn’t. I really missed her.

Thursday Greg’s MDO had a little program in the morning. He’s been singing the songs for the last couple weeks at home. It was so cute seeing him sing them with his friends on stage. 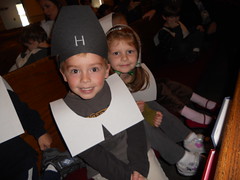 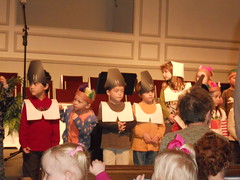 There is, of course, a video

, if you’re so inclined. They also had a little party at lunchtime. 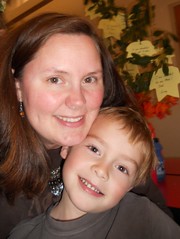 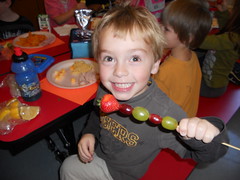 Then it was off to piano for me again. The lessons are going pretty well. Learning lots of chords now. That night was the Box Car Derby with our cub scout pack. We had a lot of kids make their own cars this year, which made me so very happy (in years past we’ve had a lot of parent made cars, which is against the rules). 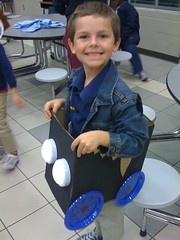 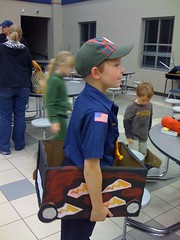 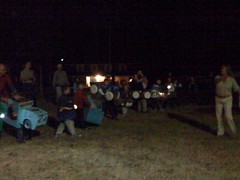 I have no idea when Ben came home with this hat, but have a cute picture of Ben: 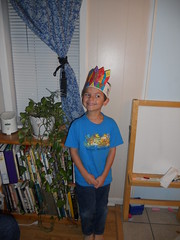 Today we had another playdate at Southside Park and we even got to walk the trails. Oh the excitement! 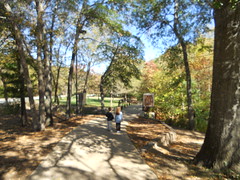 Greg used to be scared of the bridges, but he wasn’t at all frightened with his sweetheart nearby. 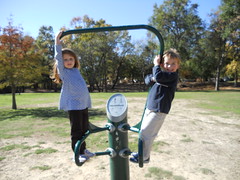 Afterwards we hit Chik-fil-a for lunch and more playtime: 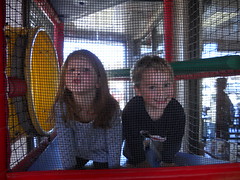 And now I must dash because it is time to get the bags all packed up for our Thanksgiving trip tomorrow.

Lisa Holcomb graduated from Texas A&M University in 1998 with a bachelor’s degree in English. She resides in East Texas with her husband, 3 boys, and 2 cats. She writes fantasy and science fiction for both young adult and adult audiences. She has written for numerous blogs, newsletters, and the occasional poetry magazine. She has spent the last couple decades blogging at various websites about growing up adopted and living and parenting with chronic illness, finally combining it all into one blog at http://lisaholcomb.net. Her first full length novel is nearing completion. View All Posts